Warning: Trying to access array offset on value of type bool in /homepages/43/d498290659/htdocs/Development/wordpress/wp-content/themes/shapely/inc/extras.php on line 760

The CDHK is both a flagship project and an innovation driver of the Chinese-German science exchange. In 1998, the CDHK was founded as a joint institution of the German Academic Exchange Service (DAAD) and Tongji University. In three years, the CDHK educates bilingual and practice-oriented Chinese Master's students at the Faculties of Electrical Engineering, Mechanical Engineering, Automotive Engineering and Economics. Well-known companies are currently funding chairs, awarding scholarships and providing excellent study and research conditions by equipping laboratories and providing internships. For several years now, the number of German exchange and master students are rising at the CDHK. In 2017, in addition to 366 Chinese, 117 German students from 27 German partner universities were enrolled at the CDHK, most of them in the subjects of economics and industrial engineering. CDHK is increasingly expanding its offer as a platform for dialogue and China's competence center.

The aims of the CDHK are:

Visit to Tongji Institute of Environment for Sustainable Development (IESD)

IESD is an excellent example for the efforts of China for sustainability. In a modern building in the Tongji Campus, several faculties related to sustainability are incorporated. IESD is also partner of United Nations Environment Project UNEP. IESD’s activities include also Urban Design, Urban Architecture and Urban Planning.

The Sustainable Development Goals (SDGs) of United Nations is a fundamental part of the education at IESD. The attached photo shows an office room where a board with 17 SDGs is placed so that all employees and students will be made aware of global challenges for sustainable development. 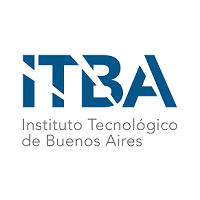